Augmented Reality App, UX / UI
Queensland Museum
Augmented reality app for school students to learn about ANZACS in WWI. In line with our work on the ANZAC Legacy Gallery exhibition at the Queensland Museum, we designed an Augmented Reality app to bring the stories of the Australian & New Zealand Army Corps (ANZACS) from WWI into the classroom for school students to learn from.
https://apps.apple.com/au/app/anzac-correspondent/id1469171280 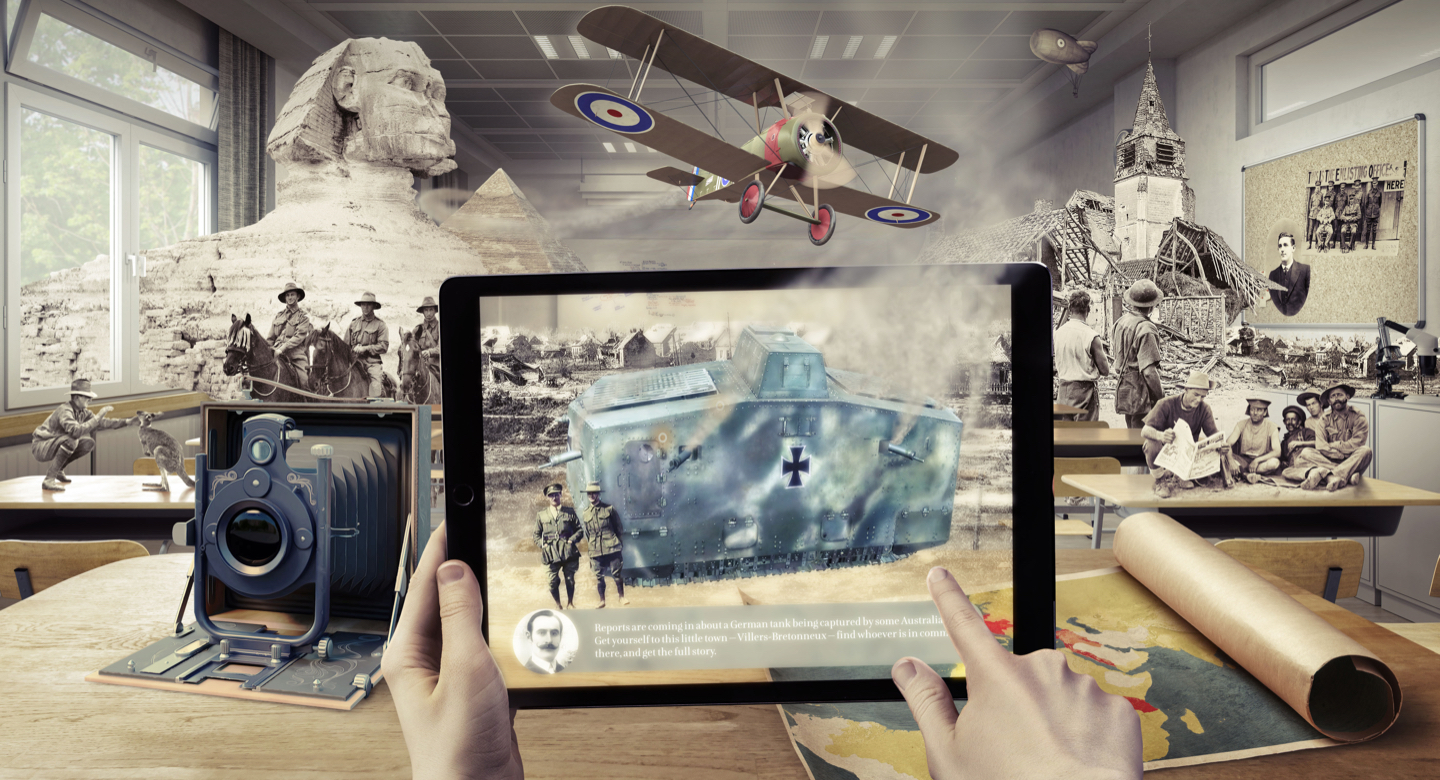 The QMAR App won Gold in 'Apps', Silver in 'UX Design' and Bronze for 'Art Direction' at the Brisbane Advertising and Design Awards, as well as named a finalist in the Australian Graphic Design Awards.

Incorporating new technology, we created immersive AR scenes by stitching together real war photos to represent 4 key war locations, complete with 3D objects and sounds. Users acted as a 'war correspondent', travelling to each location and finding stories via ‘hotspots’ to ultimately share in a newspaper for Australians back home. These stories shared personal stories of Australians and giving an insight into life at war, creating connections and bridging the generational gap.

I oversaw the user flows and interaction of the storyline of the app, as well as designing the layout and interface of the UI components of the app. I worked closely with the developers to ensure that their needs were met with assets, as well as ensuring the vision of our team was clear.

In our first concept, we approached the app with an open narrative, giving users access to travel through the locations and find hotspots as they please - viewing the gallery and creating a newspaper when they wanted. After user testing, it was indicated by students that they felt confused as to what to do and desired a more linear, guided approach.

After this feedback, we created the identity of the ‘editor’ who gave the user missions before heading to each location and guided them through the different stages of the war to eventually favourite their most liked stories to create a newspaper for. We also updated the scenes to include ‘bonus stories’ to create an added sense of game play.

97% of students said they found the app a better way to learn. We overcame the seven minutes attention span barrier, easily keeping students hooked for a full 40 minutes. Watching students in the classroom easily navigate and use the app, reading content and learning was such a rewarding take home for this project.